Print this page
Keep up to date with all of the latest digital learning releases from The Arts Unit
Sign upBack to home
Thank you! Your submission has been received!
We have sent you an email to confirm your sign up. If you do not receive this email, please contact us.
Close
Oops! Something went wrong while submitting the form.
If this continues, please contact us or email us at digital.artsunit@det.nsw.edu.au
X
Back to Top

The Beauty Of 8 was given its World Premiere at Sydney’s Seymour Centre on 23-24 October 2015. It was remounted for performance at the Melbourne Recital Centre on 11 February 2017.

Chieko first encountered Japanese folk dancing when she joined Sado no Kuni Ondekoza in 1976. In 1981 she went on to become one of the founding members of Kodo. She also seeks new expressions in the female song-and-dance trio Hanayui and has an active solo career that is perhaps best characterized in her ongoing project, Yukiai. She is noted for her original style of dance in Kodo's taiko-based performances. She became a Kodo Distinguished Member in 2012 and has since visited many countries as a Japan Cultural Envoy from the Agency for Cultural Affairs. 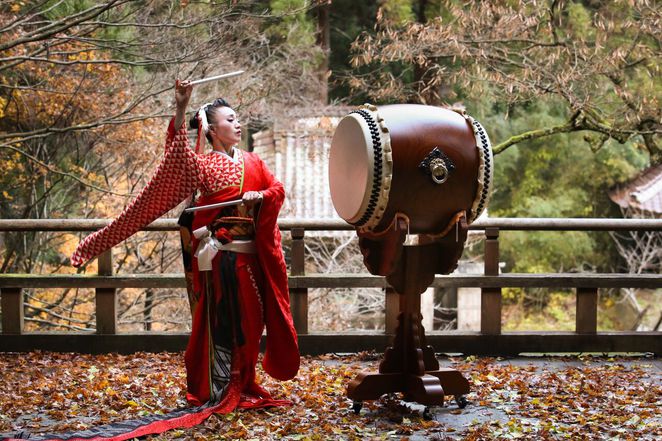 Riley co-founded Taikoz in 1997. He began playing the shakuhachi in 1971 as a student of Chikuho Sakai until 1980, and with Katsuya Yokoyama since 1984. In 1980, he became the first non-Japanese to attain the rank of dai shihan or Grand Master, and from 1973 was the first non-Japanese to play taiko professionally by touring internationally as a full-time performer with Ondekoza. Riley completed his BA and MA degrees in music at the University of Hawai’i, and received his PhD degree in ethnomusicology from the University of Sydney. In 2003, 2009, 2011 and 2016, he was made Visiting Fellow at Princeton University. 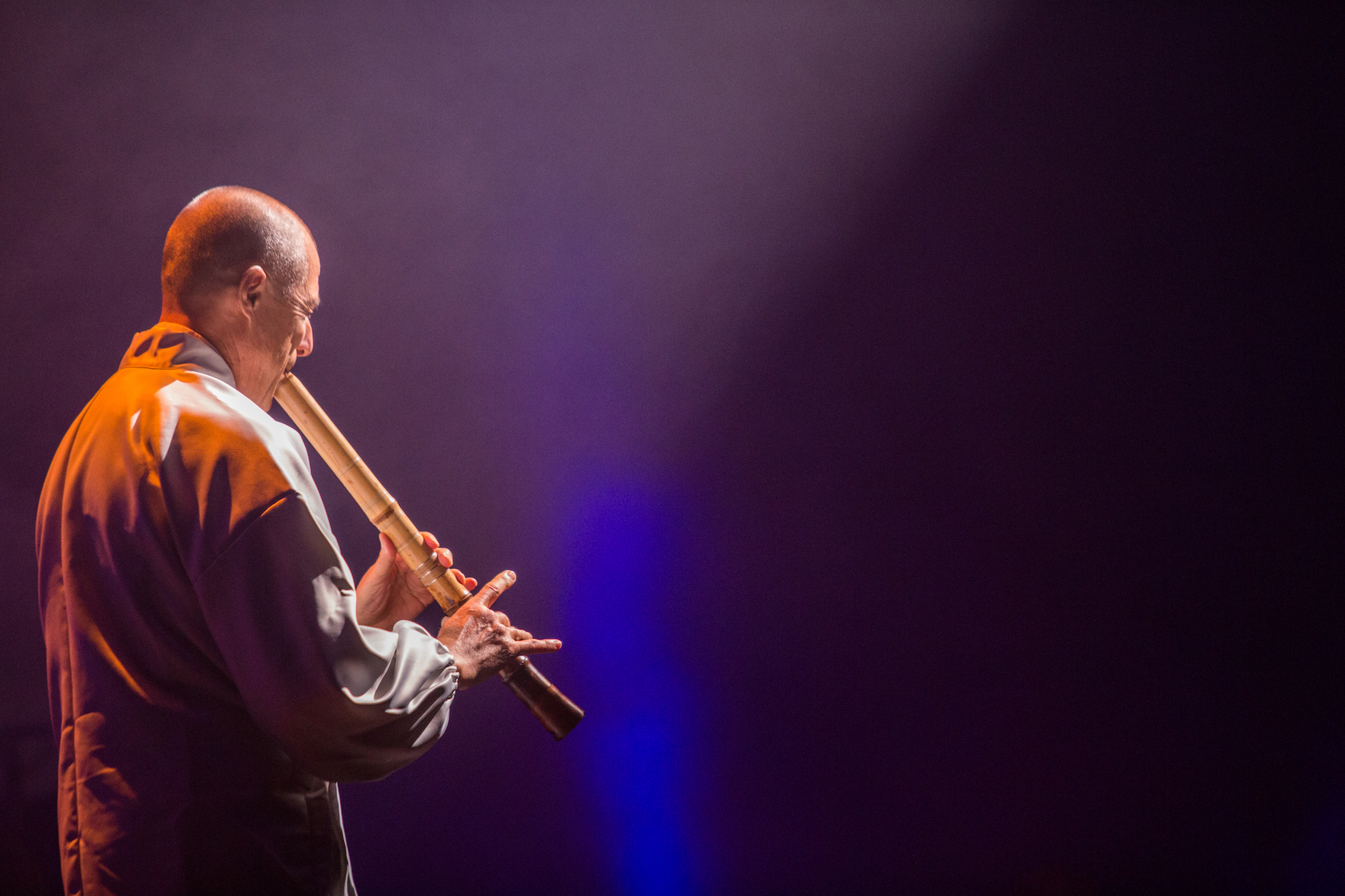 Ian has been Artistic Director of Taikoz since its inception in 1997. In 2005 he became full-time with the group after having spent 20 years as Principal Percussionist with the Sydney Symphony Orchestra and 16 years with the percussion group Synergy. Ian has composed numerous works for Taikoz, including music for major productions with John Bell and the Bell Shakespeare Company (Pericles), and choreographers Meryl Tankard (Kaidan) and Anandavalli (Chi Udaka). As a taiko performer Ian has toured nationally and internationally, collaborating with many esteemed artists and musicians. In 2007 Ian received the APRA-AMC Classical Music Award for Long-term Contribution for the Advancement Of Australian Music, and in 2016, the Japanese Foreign Minister’s Commendation for his contribution towards promoting friendship and goodwill between Australia and Japan. 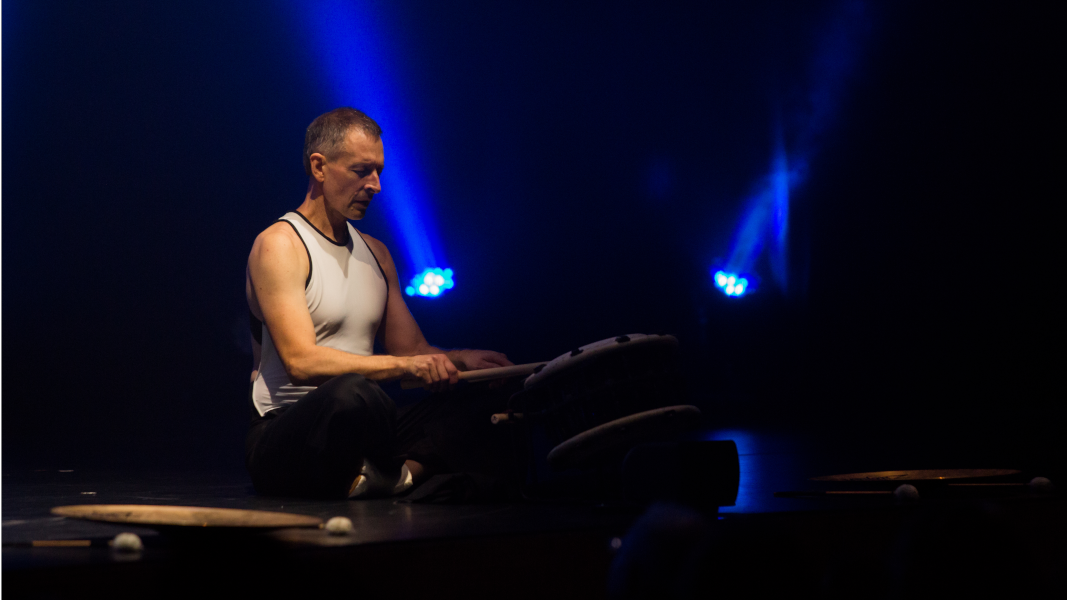 Since 1997 Taikoz has developed an international reputation for vibrant performances that couple explosive energy and extreme dynamism with refinement and grace. From the most delicate melodies of the shakuhachi to the thunderous impact of the odaiko, Taikoz is at once meditative and free-spirited, primal and dramatic.

Taikoz perform on the stages of Australia's finest concert halls, as well having performed in leading theatres and concert halls worldwide including in Japan, Paris, Bangkok, Taiwan, Abu Dhabi, The USA where Taikoz gave a series of performances on the West Coast, culminating in headline appearances in the Taiko Nation concerts at the 2014 World Taiko Gathering in Los Angeles and most recently India, where Taikoz presented Chi Udaka, their collaboration with Lingalayam Dance Company, to critical acclaim.

Taikoz has collaborated with artists and companies as diverse as John Bell and the Bell Shakespeare Company, taiko greats Yoshikazu Fujimoto and Yoko Fujimoto, Eitetsu Hayashi, Kenny Endo and Kaoru Watanabe, as well as distinguished choreographers Meryl Tankard and Anandavalli. In 2012, Taikoz collaborated with Kodo on a nation-wide tour of Australia. The group has also appeared in concerto works with the Sydney, Melbourne, West Australian and Queensland Symphony Orchestras, as well as the Dresden Sinfoniker in Europe. In February 2018, Taikoz, Riley Lee and Kaoru Watanabe were featured soloists with the Sydney Symphony Orchestra, performing their own works in arrangements for the ensemble and orchestra, culminating in a newly commissioned work by Lachlan Skipworth called The Breath Of Thunder.